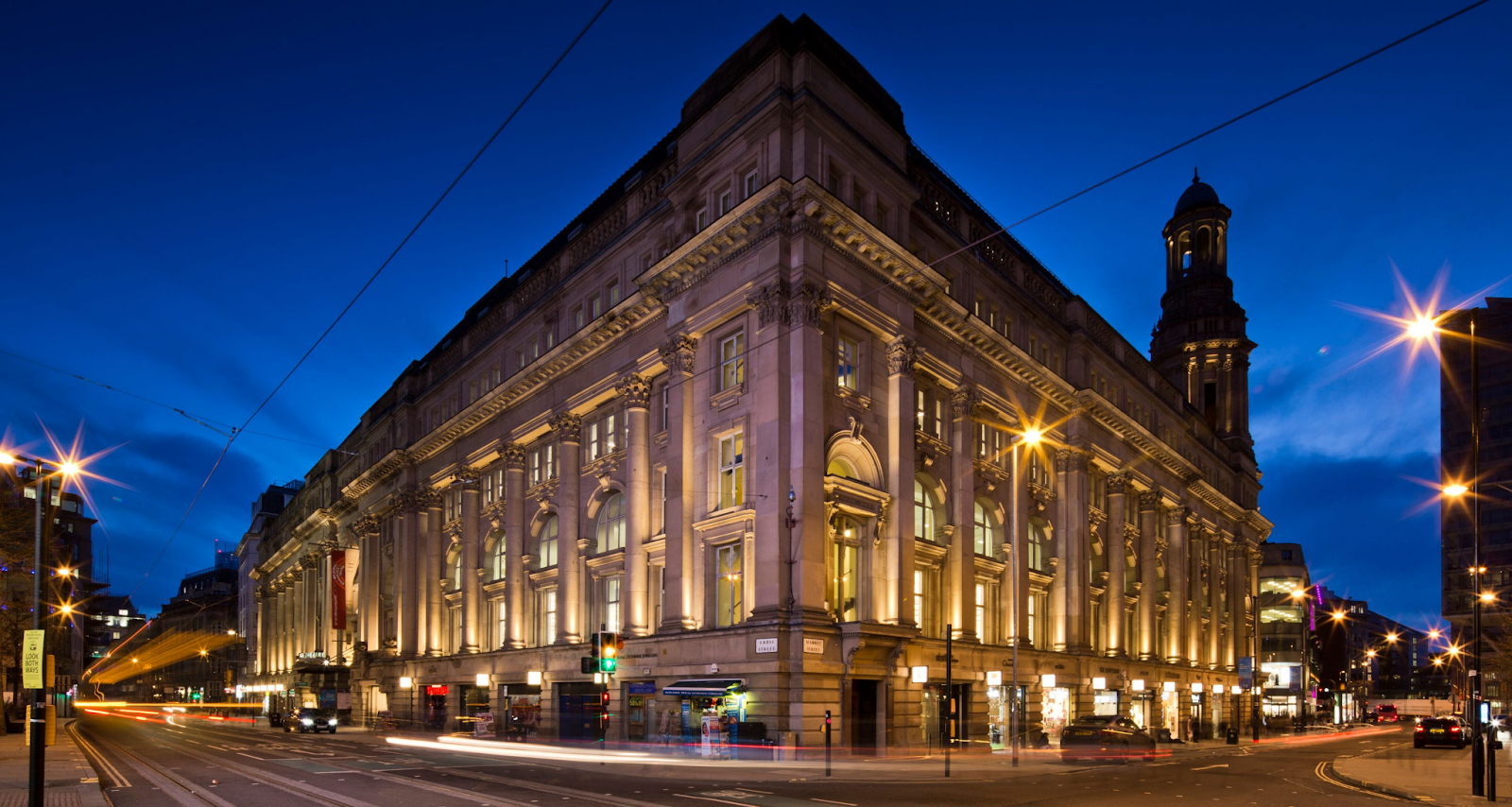 Theatres are a great place to sit back, relax and enjoy exciting entertainment. Watch your favourite shows in one of Manchester’s greatest theatre venues. There are many theatres in Manchester to choose from, from musical theatres to contemporary, we have included a theatre for everyone.

The Palace Theatre opened its doors back in 1891 and closed in the late 1970’s for a major makeover. Re-opening again in 1981 out of all theatres in Manchester, The Palace held on to its position as ‘the premier provincial touring venue’. This theatre venue is one of the main theatres in Manchester. The Palace Theatre provides live music, comedy and theatre performances so there is a little something for everyone. With well known theatre performances such as Hair Spray and Beauty and The Beast, this theatre is perfect to visit with your family and friends.

Manchester Opera House is one of the largest theatres in Manchester and sisters with The Palace Theatre. This venue holds shows from pantomimes to musicals to ballet performances, giving you a variety of shows to choose from. The Manchester Opera House has significant history, as the venue was once used as a cinema in WW2. The theatre finally opened its doors in 1984 where it began hosting renowned shows such as Oliver, Barnum and Phantom of Opera.

The Manchester Royal Exchange is one of the most beautiful buildings in the city and said to take you on an unforgettable journey from the moment you step through the theatre’s doors. The doors opened in 1976 but re-opened in 1998 by the famous Prince Edward. The Manchester Royal exchange is known for welcoming some of the biggest names in theatre in the UK such as Robert Lindsay and Hugh Grant.

The Royal exchange theatre is known to be haunted with ‘glamorous ghosts who would fit right in in any old Hollywood film’. Read more on haunted places in Manchester here.

The Hope Mill Theatre was opened by a couple whose dream it was to run their own theatre venue. This independent theatre has become one of the most successful and thriving theatres in not just Manchester but England, winning awards such as the ‘Fringe venue of the year’ in 2018. The Hope Mill theatre continues to create theatre experiences like no other by ‘enriching, entertaining and educating’ audiences with inspiring and exciting stories to have a big impact on the audiences lives. If you’re a Wizard of Oz, get yourself down and check it out.

The Edge Theatre and Arts Centre

The Edge Theatre takes the crown as the award winning theatre for participation in Manchester 10 years running. The venue is magical with beautiful interiors designed to captivate your full attention. The Edge Theatre has shows touring the country as well as their own written productions, created by their in-house directors. This theatre venue is all for diversity and a ‘together’ community, using actors from all backgrounds such as homelessness and learning disabilities. They use professionals and amazing musical actors so you are sure in for a treat! One of the greatest things about this theatre venue is that they only produce shows that are real and relevant with the world that we live in. We love that!

Contemporary theatres in Manchester are popular and gather big audiences to immerse in the world of sound. Babel theatre is an award winning contemporary theatre who strive to integrate movement, high-visual, text and music to communicate where language alone is not enough. They use all elements to perform a unique and fantastic show to their audiences. The shows here incorporate the feelings of emotions and ideas in a way that is different from the usual theatre performance. That’s why if you are wanting to try something different and something new, the Babel Theatre is the place to try it!

Overview
Visit our Enjoy Manchester homepage to explore more about Manchester city with blogs ranging from the Manchester music scene, to activities for couples and even vegan vs meat eater reviews! Don’t hesitate to contact us regarding any questions you may have.