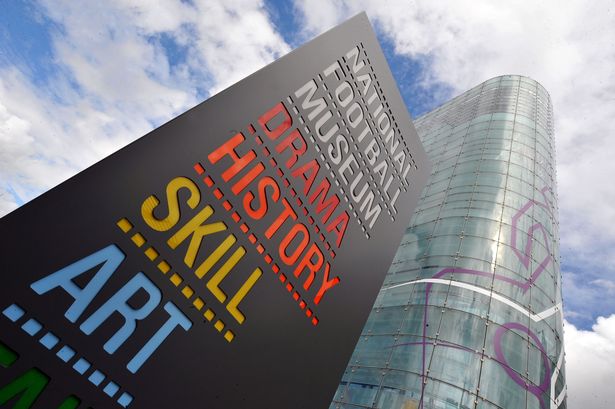 From its rich industrial heritage and iconic music scene to world-class shopping and incredible places to eat, Manchester has loads to offer. While some activities and places to visit may cost a fortune, lots of the best things to do in Manchester don’t cost a penny! So from museums and art galleries to architectural hotspots and beautiful outdoor spaces, here are some of the amazing free things to do in Manchester.

Manchester has some of the best history in terms of science and industry. The city has achieved great success in the field of physics, with the electron, proton, neutron all being discovered by scientists educated or born in Manchester. With that said, visiting the Science and Industry Museum is amongst the best free things to do in Manchester. The Science and Industry Museum sits in the heart of Manchester, the world’s first industrial city. It is a place full of incredible objects relating to science and revolutionary ideas that has ultimately changed the world forever.

Visiting the Greater Manchester police museum is another great free experience in Manchester. This museum allows visitors a swift glimpse into some of the history and stories behind many crimes and criminals once upon a time in Manchester. You can look round the genuine Victorian prison cells, as well as the magnificent courtroom upstairs. The Museum was founded in 1981. Funded by Greater Manchester Police, it not only collects and preserves archive material and objects relating to the history of policing in the Greater Manchester area, but acts as an important resource for community engagement, where visitors can talk to staff and volunteers about policing.

Located in Central Manchester, the National Football Museum is the world’s biggest and best football museum, telling the stories of the game of our lives. With  4 levels dedicated to the ‘beautiful game’, including a large selection of kits, trophies and even plenty of interactive games and experiences to keep you interested.

Free things to do in Manchester – Central Library

The central library is a great place to visit for free in Manchester. Lots of libraries are not just for books nowadays, and the Central Library in Manchester takes this further by offering lots of things for you to see and do for free. The library is also home to the British Film Institute’s Mediatheque. This service allows you to choose from more than 2,000 British films and TV shows from the BFI archives to watch for free. In addition, there is a busy diary of author readings, talks, writer workshops, gigs, film nights, live performances, open-mic evenings and creative courses as part of the Library Live programme.

Free things to do in Manchester – The Whitworth

The Whitworth is an amazing gallery to visit in Manchester. With its breath-taking art pieces and modern reconstruction, visiting the Whitworth is one of my favourite free things to do in Manchester. It is proudly part of the University of Manchester and serves as a bridge between the University and the people of the city; a place to meet, play and learn in public. The gallery was awarded the Art Fund Museum of Year 2015, nominated for the prestigious Stirling Prize and named Best Emerging Cultural Destination in Europe. The gallery has historically been at the centre of civic and cultural life and this is also its future.