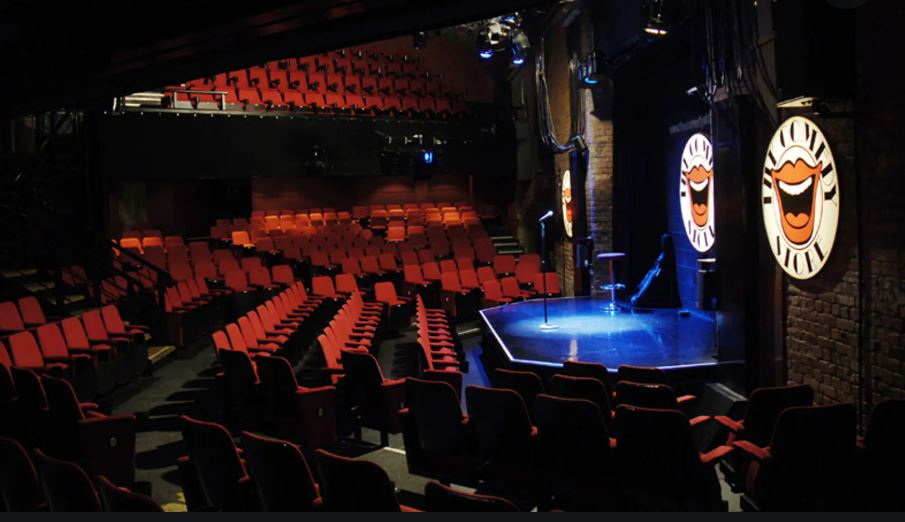 Looking for a night out full of laughs? Look no further. We have compiled a list of comedy clubs in Manchester because laughing is important. With a range of different comedy venues we are guaranteed to hit the spot.

Frog and Bucket comedy club is located in the Northern Quarter in Manchester city centre. This comedy club is award winning, going way back to 1994. Since then Frog and Bucket have moved locations and can now hold a large audience hosting shows on at least 4 days every week meaning plenty of opportunities to visit.

The 4 days include Friday and Saturday night which is great for weekend entertainment. Thursday nights which are perfect for chilled after work drinks and Monday nights which include a competition where acts compete to stay on stage. In addition Frog and Bucket put on special events including charity nights and solo tours so you are not going to be disappointed.

Charlton Comedy club strives to keep you immersed in the quality acts and keep you laughing all night long. The doors open from 7.30pm and shows start at 8.30pm giving you the perfect amount of time to get comfortable and ready for a night of fun.

Located at the beautiful Deansgate Locks next to the vibrant Manchester nightclubs, The Comedy Store comes to Escape to Fright Island in Manchester. This venue is the only stand up comedy venue like no other in the whole country, making it certainly a night to remember and a reason to bring your friends and family.

The Comedy Store offers the chance to have a good old laugh with your friends, enjoy a drink and a bite to eat whilst taking in the wonderful scenery the location has to offer. You can visit the Comedy Store from Thursday through to Sunday so there’s plenty of time to go down and enjoy.

Laugh Out Loud Comedy club is all about making people laugh out loud. The comedy club has been around since 2004 and continues to bring the most entertaining and enjoyable performances they possibly can.

Each comedy show includes different line ups and always has four professional comedians so you will unlikely be disappointed. Laugh Out Loud strive to be the best as they bring you comedians such as 8 out of 10 cats and Russel Howard’s Good News. Everyone leaves satisfied and content so they ensure you’re in for a good night of laughs.

Relocating from Liverpool city centre to Manchester, Hot water Comedy club is one of the most successful comedy clubs in the word. Impressive right? This comedy club upscaled as they quickly began to outgrow their location from the popular demand of people who wanted to watch comedy here.

Hot water comedy club attracts visitors from all over the world which is known proof that you are bound to enjoy your time here. These shows take place every week so you have plenty of opportunities to indulge in some fantastic live comedy acts and not miss out.

XS Malarkey located at the Bread Shed in Manchester has been an award winning comedy club since 1997. Their venue has been fully refurbished and is back better than ever hosting shows every Tuesday night. The acts are of high quality with cheap access being a non-for-profit business so if you’re looking for a cheap night out, XS Malarkey can help with that.

XS Malarkey still hosts online shows on their Twitch stream and have done since lockdown so if you’re unable to attend in person, you can still enjoy them from the comfort of home.

We hope you have found a comedy club that suits you in our article. If you have any comedy clubs in mind we missed pleased contact us or message us on our Facebook page. Return to our nights out in Manchester blog for more exciting ideas such as cheap things to do in Manchester.